I’m very pleased to announce that Eric Brown and I have just signed up to write The Kon-tiki Quartet, a set of four novellas to be published by the fabulous PS Publishing. The first, Dislocations, is due out in winter 2018, with the remaining three appearing at six-month intervals.

The Quartet charts humankind’s first extra-solar colony mission to a planet orbiting the star 19 Draconis – a series of high-tech stories rooted in humankind’s struggles to deal with a rapidly changing world, and featuring cloning, travel to the stars, alien encounters, telepathy, and much more.

Eric and I are currently putting the finishing touches to the first two novellas, and will pick up on writing the third and fourth during 2018. It’s great to be working together again! 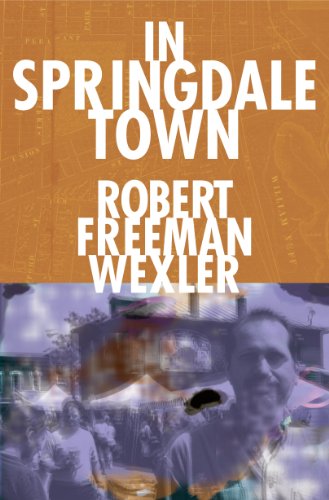 Reconciliation, longing, and ambiguity combine in one astounding locale: Springdale. Is it a mundane New England town on a picturesque river, or the nexus of the paradoxical?

Springdale appears to be a quiet village, unblemished by shopping mall or mega-store. The town sits in a fertile valley, surrounded by countryside rich in natural wonder. Summers, tourists attend the area’s many arts and music festivals, and hikers crowd the trails. In the fall, reds and yellows of turning leaves decorate the landscape, and in winter, mountain resorts fill with avid skiers.

But some say Springdale exists only on the contoured highways of our collective imagination. Others point to references dating back to Colonial Boston, to multiple versions of a ballad telling a story of remorse and disgrace.

Here are three facts:
1. Maps cannot be trusted;
2. All History is awash with fraud and hoax;
3. Springdale is an absence of identity.

For two people, a lawyer named Patrick Travis and a television actor named Richard Shelling, Springdale is home and anti-home, a place of comfort and a distortion of everyday life. They are strangers to each other, yet connected. Their lives will intersect with a force that shatters both.

This edition includes a specially written afterword by the author.

In Springdale Town by Robert Freeman Wexler is available in ebook format from:

“Springdale is told in a deceptively muted style and cunningly crafted so that the story appears to assemble itself around the reader like a trap he or she has sprung, yet remains innocent-looking until the end, when a spring-loaded hammer smashes down.” —Lucius Shepard, from the introduction to the original print edition

“For some writers, prose is a means with which to construct an analogue of reality. For Robert Freeman Wexler, fiction is a means with which to de-construct reality. Yet his stories have such a strong sense of linguistic integrity, it’s hard to believe that he isn’t reporting his experiences from a parallel universe.” —Rick Kleffel, from an interview at fantasticmetropolis.com.

“…In a list comprising some of the biggest names in contemporary genre fiction the appearance of a novella by a virtually unknown author causes a certain interest. In Springdale Town represents its author’s first book publication (after only a handful of short stories) and yet it fits into the PS Publishing list with such subtle skill that its presence on the shelf feels as if an invisible gap in the collection has been suddenly filled.”—Lavie Tidhar, Dusksite

“…no need for Lovecraftian monsters or rampaging serial killers to transform Springdale into a seriously creepy place. An old ballad suggests that one death haunts this village, but Wexler deviously, almost casually, creates a sense of wrongness that goes well beyond some past saga of jealousy and murder. Don’t read this one right before bedtime–or your next road trip.”—Faren Miller, Locus Magazine, October 2003

“The basic idea is familiar, almost banal, but Wexler’s treatment is witty, his writing is excellent, his characters are really well captured—I was very impressed with the story.”—Rich Horton, Locus Magazine, November 2003

“…Other writers, wiry and wry, as lithe as dragonflies, may seem more vulnerable, but their grace, their maneuverability, becomes its own kind of tensile strength. They can travel farther, faster, and in disguise.”—Jeff VanderMeer, Locus Online

“…An emotionally scathing yet tender insight into the frailty, ignorance, and misplaced motivations of that most ridiculous of animals, the human being.”—William P. Simmons, Infinity Plus

“…Robert Freeman Wexler dives into the heart of Americana in his chilling and tender novella.”—Rick Kleffel Agony Column

New: The Time-Lapsed Man and other stories by Eric Brown 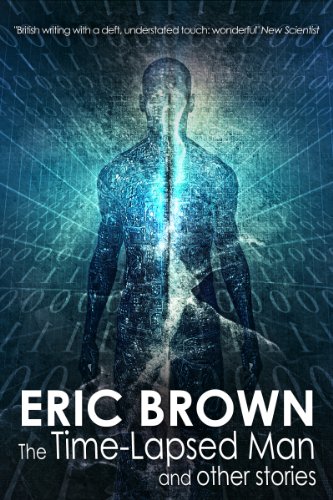 He made a sound of pleasure as the hot water needled his tired skin. Yet he heard nothing. The silence was more absolute than any he had experienced before. After more than fifty shifts, a lifetime among the stars, this was his first rehabilitation problem, and he was not unduly worried…

In Eric Brown’s landmark first collection of stories, fear, desire, love and redemption are forged with an innovative and stunning science-fiction imagination, creating eight exotic tales of tomorrow. Witty, original, imbued with a cyberpunk bleakness, this is the work of one of the UK’s leading, and most loved, SF authors.

“SF infused with a cosmopolitan and literary sensibility” Paul McAuley

The Time-Lapsed Man and other stories is available as an ebook from:

What If What’s Imagined Were All True by Roz Kaveney

New from A Midsummer Night’s Press:

What If What’s Imagined Were All True
by Roz Kaveney

We are all Orpheus. We try to get
back loves we lost. We fight our way through Hell,
singing to our regrets. We might as well
accept that love is done, and just forget

because it is the act of looking back
that loses things.

Magic, aliens, nightmares, and dreams are among the many muses that have inspired Roz Kaveney’s poetry. What If What’s Imagined Were All True brings together a sampling of her poems with mythical, fantastical or science fictional concerns, and also features two sonnet sequences: one retelling the Orpheus legend and one exploring the worlds of Steampunk.

Roz Kaveney is a middle-aged trans woman living and working in London as a writer, critic, and activist. A regular contributor to The Independent, The Guardian and the Times Literary Supplement, she is the author of many books on popular culture, including Reading the Vampire Slayer, Teen Dreams: Reading Teen Film and Television from ‘Heathers’ to ‘Veronica Mars’, Superheroes! Capes and Crusaders in Comics and Films, and From Alien to the Matrix: Reading Science Fiction Film.

She was a co-founder of the Midnight Rose Collective, whose other members included Neil Gaiman, Alex Stewart, and Mary Gentle, which produced shared world anthologies including Temps, Villains!,and The Weerde. She has also edited Tales from the “Forbidden Planet” and More Tales from the “Forbidden Planet”. She recently published her first novel, Rituals.

What If What’s Imagined Were All True by Roz Kaveney is available from: